«We are proud to win such a prestigious award in the year of the company's 15th anniversary. This is the result of many years of effort to maintain high service standards and to develop the hotel's infrastructure. In the near future AZIMUT Hotels is going to expand its geography, and we consider it especially important to maintain high service quality", - Maxim Brodovskiy, General Director of AZIMUT Hotels, said. 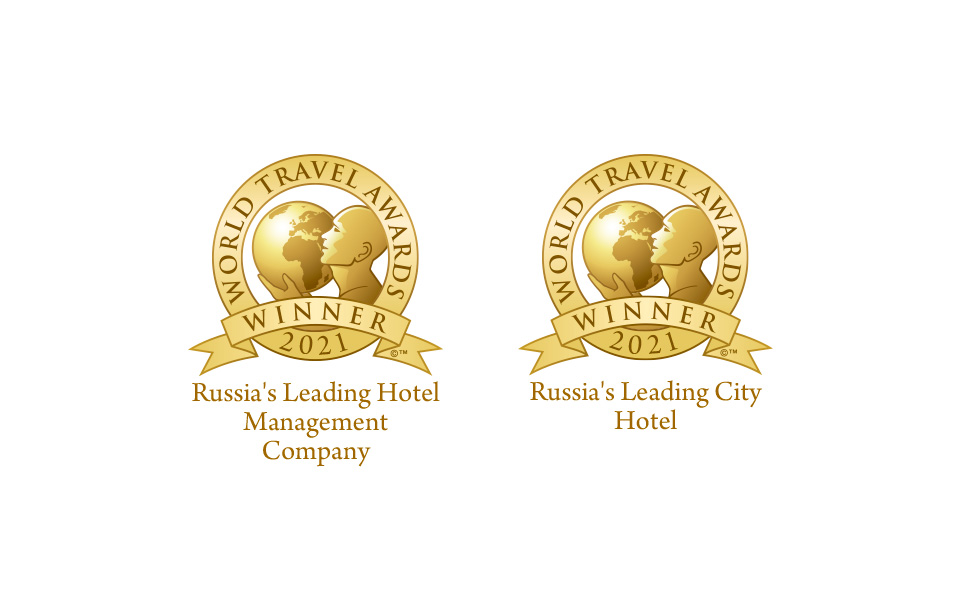 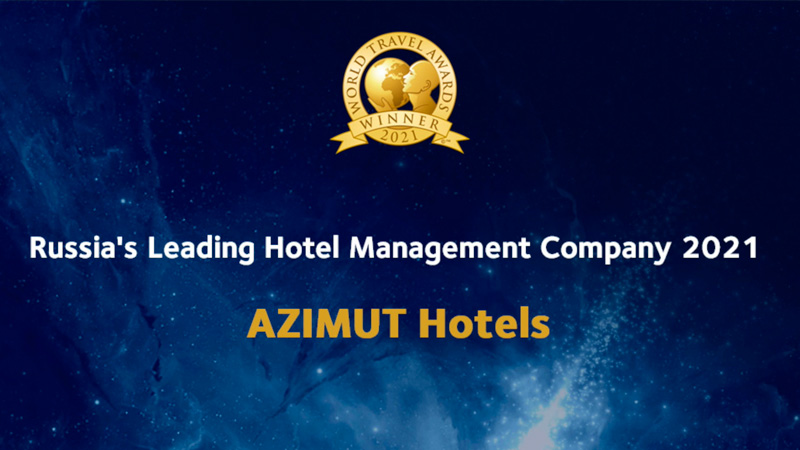 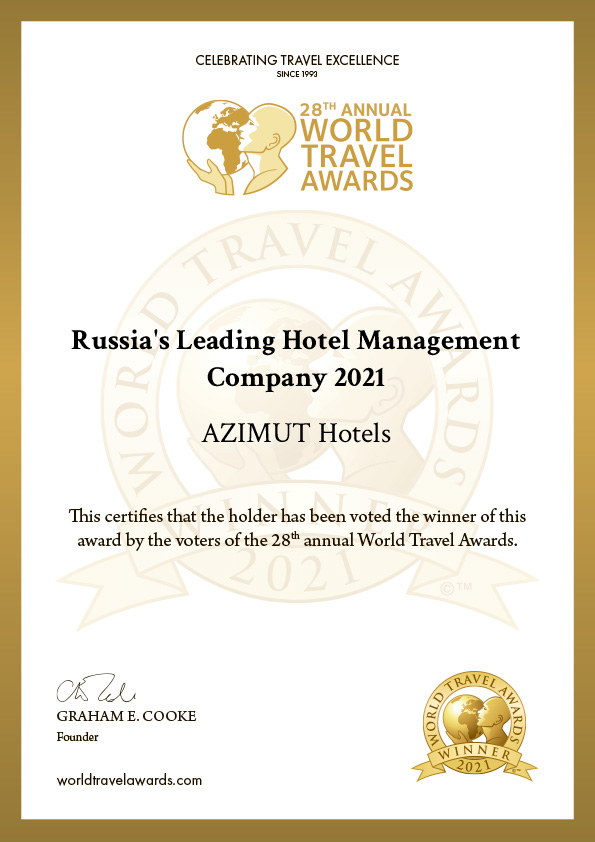 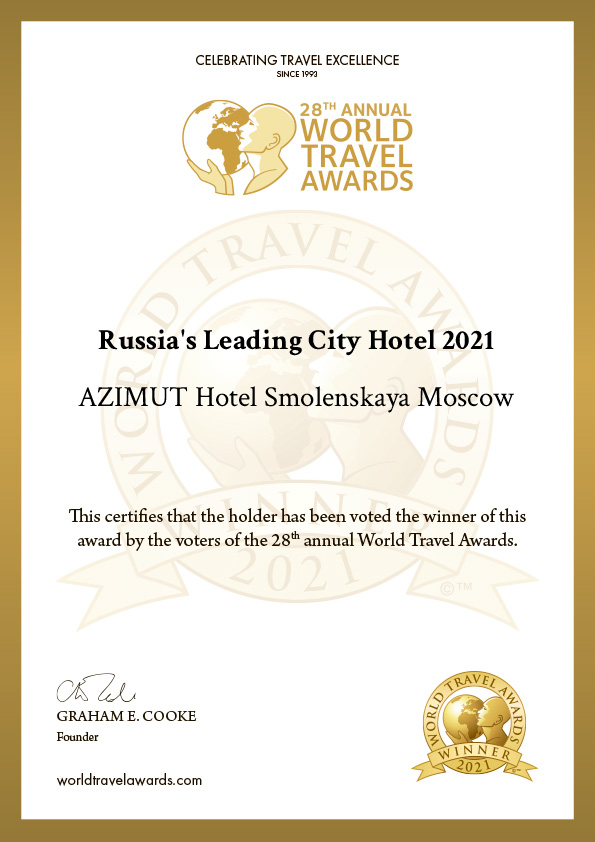 The World Travel Awards was established in 1993 and is now considered as the highest honor in the travel industry. Each year it presents more than 100 nominations for the most attractive tourist cities, the best tour operators, airlines, resorts, hotels and other representatives of the industry.

The winner is determined by a vote of tourists and travel industry professionals on the award's website. The award ceremony as part of the grand final is scheduled in Moscow on November 26, 2021.